Toddy(Kallu) Made With Coconut Water 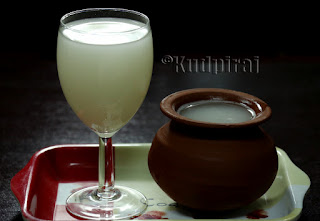 Wherever you find coconut palm and the Asian Palmyra in abundance, there's something fermenting down below, a sweet and sour wine made with the sap tapped by expert climbers who patiently tie an earthen pot to each of the palm tops and then store the sap in bigger pots buried in mud for fermentation. From Central America to Indonesia, from Mumbai to Kolkata, from Andhra to Kanyakumari, you can find palm toddy, which is a beverage that livens up the spirits of hard working people and is popular as poor man's wine. It can be compared to 'Chang', a drink fermented by the Tibetans from millet brew. Kodavas and some tribals of North east have their own rice wine. Toddy is Kallu in Malayalam and Kannada, Shaendi in Kannada, Kali in Tulu, Neera in Marati and Palm Wine in worldwide lingo.

Getting pure toddy now a days is a difficult thing. Many adulterate toddy by adding chemicals. I remember drinking very good toddy at Manipal opposite MIT in the mid Seventies in a small outlet, down the road going to Parkala. For 1 Rupee they served a beer bottle filled with fresh toddy and a small packet of podi yetti chutney(dry shrimp chutney) cost just 25 paise. Other than Manipal, Asaigoli near Konaje had a toddy shack in the late Seventies. Baiturli, a small village near Kudupu on way to Moodabidri had a toddy joint owned by Mangalorean Catholics, where they served toddy along with chana curry and pork bafat. We used to relax on branches of cashew tree and consume toddy on a weekend. I have also tasted good toddy at Kalgundi near Sullai in the mid Nineties. My last experience of tasting toddy was in 2012, when I got excellent toddy from Kalladka brought specially for me by Jayaram, partner of Nisarga Restaurant. He had chilled that stuff filled in two liter can and that tasted really refreshing on a summer evening!

People may drink toddy to get intoxicated, but the intoxication is not too heavy. It just makes one slightly sleepy but more hungry. Excessive drinking of toddy is any time not good, because toddy induces acidity and flatulence in some people, which may spoil the mood and upset the stomach. That is why, it is consumed like wine, in small volumes, chilled, as appetiser and a digestive. Labour class people need it to wear off the tiredness of toiling. Toddy tapping is also family profession of 'Eedigas' or 'Billavas', which is still considered as a matter of prestige for that community.

Moving on to cooking, toddy has its own use in cooking. To make soft Sannas or lacy Kallappams(aapams), toddy is traditionally used as a fermenting agent. In rural Mangalore and Udupi, they make toddy dosa which resembles aapam. I don't know if they use toddy in baking, but we can not rule out such attempts having made by the past generations over the centuries! Goans make Feni, a local distill with toddy. Toddy is also used to make coconut vinegar in Kerala. Mangaloreans make Vaale Bella or a kind of flat jaggery with palm toddy, Bengalis make Nolen Gurer with date palm toddy which they add to a sweet dish called Mishti Dhoi. They say, toddy has medicinal properties. Neera is a very popular Maharastrian fresh toddy sold even on railway platforms in Mumbai as a refreshing beverage.

Some days ago, my friend Neeta Pai who is living in the USA, posted a youtube link on facebook. She was fascinated to see toddy being made easily at home by some Keralites living in the Gulf by fermenting coconut water! I was also happy to see that and I promised her, I will not only make toddy at home, but also make aapam and sanna using toddy.

I did make aapam with toddy, recipe for which I shall post very soon, but first the recipe for making toddy. I used water from a large tender coconut, about 500 ml in volume. 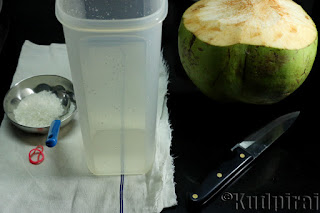 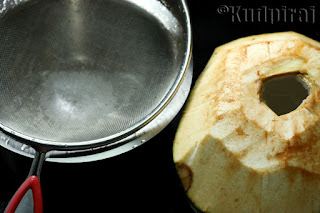 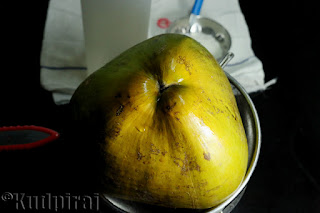 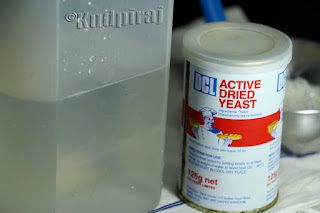 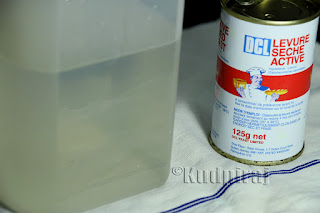 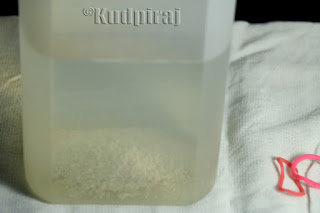 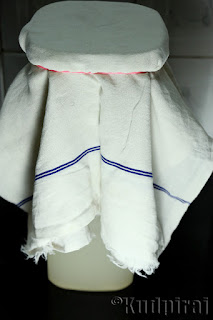 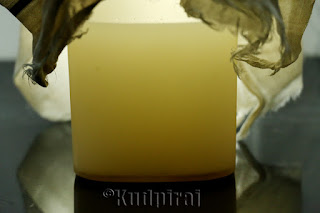 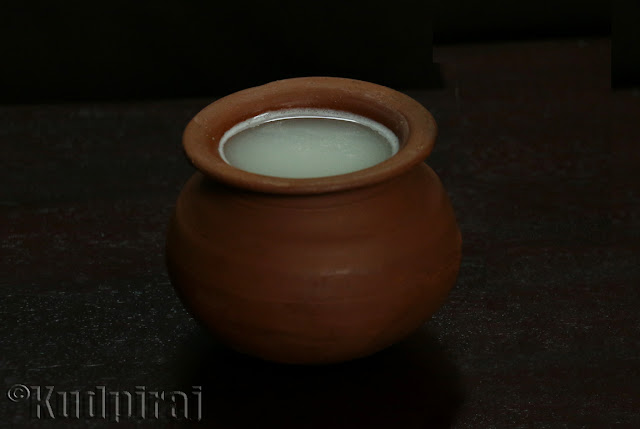 Implements you need:
A clean plastic or glass flask/jug
A clean strainer
A clean cloth and rubber bands for covering the mouth of the flask,

Method:
Open the tender coconut, filter and collect the water in the flask.
Add sugar and mix well.
Add the yeast and stir once.
Cover the mouth of the flask with the cloth and fasten rubber bands.
Keep in a warm and dark place for fermentation for 24 hours.
After 24 hours, transfer to an earthen pot and allow to cool naturally. 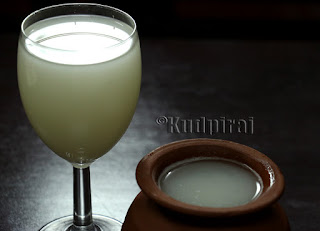 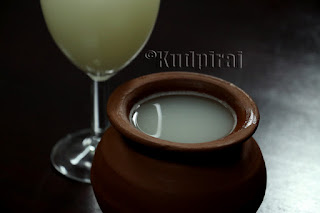 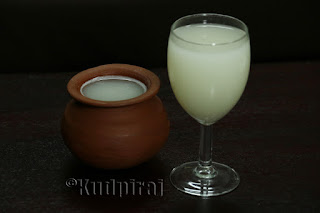 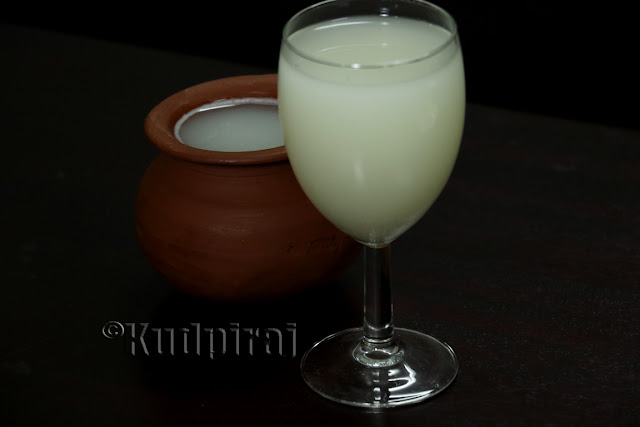 Note:
1. You can use warm toddy for preparing sanna or aapam.
2. Consume toddy between 24-36 hours of fermenting.
3. You can chill toddy for direct consumption by keeping in the fridge, in an earthen pot, or in PET bottle for future use. Then you better consume it within 2 days for best results.
4. If you add less sugar or keep the toddy at room temperature for more than 72 hours, it will turn into vinegar, which can be filtered and used in cooking.

Video on how to make Toddy with coconut water
Posted by Rajanikanth Shenoy, Kudpi at 11:16 PM